8 things you can do for World AIDS Day 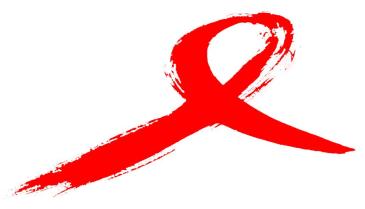 What will you do this World AIDS Day?

World AIDS Day began on December 1, 1988 and has since been recognized around the world each year. It has become a key opportunity to increase awareness, fight against prejudice, commemorate the lives lost to the disease, and celebrate the victories in increased access to services and treatment.

This year’s World AIDS Day theme is ‘Universal Access and Human Rights,’ which offers the opportunity to recognize that despite the strides, the most marginalized and vulnerable populations still do not have access to the care and services they need – that access is their human right. The review of the Millennium Development Goals this past September reminded us of the goal to achieve universal access and World AIDS Day is another moment to remind policymakers, parents, teachers, and friends alike that we have lots to do to achieve universal access and protect human rights.

Do something this World AIDS Day. Whether you have a lot or a little time, we have just the way for you to get involved:

I care about the issue but don’t think I have time to plan an event.

I can whip up something quick, send me a free kit!

Bring it on! I’ll organize a film screening for World AIDS Day, send me a free kit!

I care about the issue but don’t think I have time to plan an event.

1 ) Wear a Red Ribbon to show solidarity. They are simple to make with some red ribbon and a safety pin. Have some extra ribbon? Make some for your friends. Ok, ready to take it a step further? Take a picture wearing the ribbon and email it to us at Priti@aidemocracy.org or tweet us and we will post it to our blog.

2 ) Tweet! Just tweet a simple message, such as the sample tweets below and in just a few seconds you will have raised awareness and/or influenced policy makers:

AIDS kills 2m ppl a year & it’s the leading cause of death among women of reproductive age. #universalaccess #humanrights #worldAIDSday

I can whip up something quick, send me a free kit!

4 ) Table to increase awareness. On World AIDS Day find a place with high traffic to table on your campus. Email Priti@aidemocracy.org with your name, university, and address for your tabling kit. We will send you information and materials about HIV/AIDS to share on your table, a petition, 50 ready made red ribbons and other goodies!

5 ) Create a large poster with a red ribbon to fill with student signatures. You can do this in our dorm hall, in your classrooms, or student union. Take a picture and send it to us via email or twitter.

6 ) Distribute red ribbons. On World AIDS Day find a place with high traffic on your campus and pass out red ribbons or pass them out to everyone in your classes that day. Email Priti@aidemocracy.org with your name, university, and address for your red ribbon kit. The kit comes with 50 ready made ribbons and accompanying HIV/AIDS factsheets.

7 ) Circulate a petition. Want a quick and easy way to pressure your policy maker about playing a better role to stop the spread of HIV/AIDS? Email Priti@aidemocracy.org and receive a petition that you can circulate in your classroom, dorm halls, or an event you already have planned.

Bring it on! I’ll organize a film screening for World AIDS Day, send me a free kit!

8 ) Organize a film screening on campus. Campuses usually have many events during World AIDS Day so a film screening doesn’t necessarily have to be on the day itself, events can be planned any day that week to commemorate World AIDS Day. Check out our list of HIV/AIDS films below and email Priti@aidemocracy.org for a film screening kit, which includes the film of your choice, flyer template, 50 red ribbons, a petition, and a minigrant for food at your event. Send an email with your film choice, name, address, and university.

And the Band Played On
In the summer of 1981, few know of the deadly disease we now call AIDS. This movie follows the struggle of a handful of strong-willed men and women who took on the fight to save lives. 140 minutes.

Confronting the Pandemic
The YouthAIDS Global Ambassador, Ashley Judd, is teaming up with her friend Salma Hayek on a one-hour documentary about Judd¹s work with YouthAIDS. On this trip through Central America, she takes Hayek on an unforgettable journey.  From the brothels of Guatemala City to the coast of Honduras, these women are on a mission to get the message out.  It’s a message of hope, these young people can change their future by changing the behavior that puts them at risk of infection.

India’s Hidden Plague
This film documents the Youth AIDS Global Ambassador and Actress Ashley Judd on her trip to India where she explored the lives of many at risk for HIV or already infected men, women and children. She travels through the brothels of Mumbai, truck stops in Jaipur as well as affluent communities in Delhi to explore and reveal the immediate threat of the spread of HIV. The film was made to spread awareness as well as fundraise to support the efforts of Youth AIDS in their mission to slow the spread of HIV/AIDS in the world.

SASA! A Film about Women, Violence, and HIV/AIDS
Sasa is a Kiswahili word that means now. Now is the time to prevent violence against women and HIV infection. This 30-minute documentary film tells the personal stories of two women and their experiences with violence and HIV/AIDS. [There is a 6-minute version of the film available as well–great for introducing awareness of the film and it’s themes into larger conferences]. It also offers analysis from activists and leaders about the casual factors, cultural dynamics, and politics of preventing and responding to these dual pandemics. This film is an inspiring look at two women’s lives and it is a call to action. It calls on everyone to take action to prevent violence against women and HIV infection. SASA!

Tracking the Monster
This VH1 News documentary chronicles two emotional journeys to Africa by Golden Globe nominee Ashley Judd and Grammy winner India Arie. They travel to the front lines of the global fight against HIV/AIDS. Through their eyes and in their own words, Ashley and India.Arie tell the stories of lives forever changed by the pandemic and witness how the disease is decimating communities in Kenya and Madagascar.

We Will Not Die Like Dogs
This movie profiles AIDS activists from Nigeria, Uganda, Burkina Faso, and Zambia. Honest and provocative testimonies of individuals living with the epidemic include two HIV-positive women fighting stigma and discrimination, a doctor working to care for HIV-infected children in rural villages, and a reggae artist using his status among youth and the media to bring awareness to HIV/AIDS.  Conceived of by two African medical students at Yale who were tired of African portrayed only as victims to the epidemic and directed by international health specialist, Lisa Russell, We Will Not Die Like Dogs helped launch the National Black Programming Consortium’s new television series AfroPop that focuses on contemporary pop culture in Africa. 53 minutes.

Yesterday: Powerless to Change the Past, She Lived to Change the Future
The first film nominated for both an Oscar and and Emmy Award, and the first international film produced in Zulu, a South African language, Yesterday is the empowering and inspiring story of a South African woman diagnosed with HIV. Yesterday, a South African woman, doesn’t have an easy life. There’s little money, no modern conveniences, her husband is away working in the mines of Johannesburg, yet she possesses a sunny nature and takes great joy in her seven-year-old daughter, Beauty. The precarious balance of Yesterday’s life is suddenly threatened when she is diagnosed with AIDS. She never had the chance to go to school and although her health is failing, she sets her sights on a single goal: to be with Beauty on her first day of class. Set against the awe-inspiring, harsh landscapes of South Africa’s Zululand, Yesterday is an eloquent, heartbreaking film that quietly builds an overwhelming emotional force. In some places, for some people, yesterday is always better than tomorrow.