Why We Should Care About the Syrian Civil War 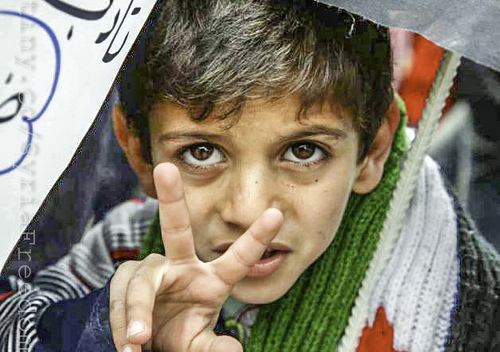 Early 2011, teenagers were arrested after painting revolutionary slogans on school walls. Pro-democracy protests erupted on the streets on Deraa, leading to open fire by security forces on demonstrators. In only four years, 200,000 Syrians lost their lives from the civil war that ensued. Even worse, 11 million Syrians have had to flee their houses to avoid the war between President Bashar Al-Assad and his supporters and the pro-democracy advocates.

How did it escalate so quickly? Essentially the unrest turned violent when the government suppressed protester demands for Assad’s resignation from office. Protests became even stronger in response, and soon hundreds of thousands of Syrians were taking to the streets and speaking out. Thousands of activists have been killed, and as political instability rose the area became a breeding ground for terrorism, allowing groups such as ISIS to prosper and terrorize the region.

Both the government and rebel forces have been accused of severe war crimes- including the utilization of chemical weapons, using civilian suffering as a strategic method, conducting public executions, and more. The four million people that have attempted to flee from Syria are considered to be one of the largest refugee exoduses ever. Neighboring countries have become refugee hubs, with some countries struggling to accommodate the refugees and others openly accepting specific quotas.

For youth in the US like me, it can be hard to fathom that events like these are actually happening. We’re not just reading about them in some textbook. This is actually happening, and having a huge impact not only on all Syrians, but on youth like us.

So why aren’t we paying more attention? We should be outraged that citizens are being systematically murdered, tortured, and abused.

These are our problems too. With increased globalization and interconnectedness, it is crucial to realize that problems of the Middle East are problems of the United States as well. For example, as a result of the Syrian Civil War, ISIS has been on a rise, which poses a direct threat to the United States. On a more personal level, groups like the Yazidis are being systematically executed by ISIS. Youth just like us are the victims. We are witnessing a genocide. Right now.

If you aren’t infuriated, you aren’t paying attention. Use your voice. Learn more, speak up and together let’s take action to promote a more just world for all.