Home / Blog / Working with the Media: 4 tips for the youth leader 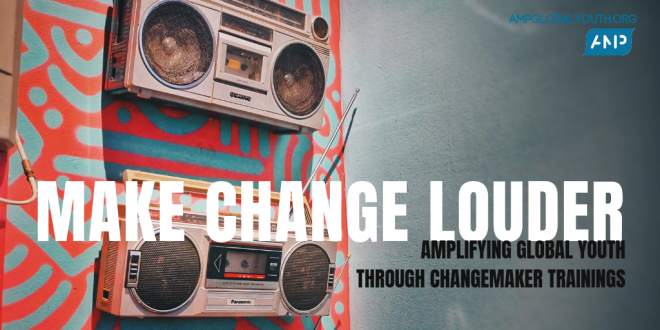 Working with the Media: 4 tips for the youth leader 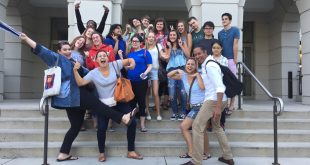 The media is an important tool in helping influence decision makers around issues you care about. Elected officials do pay attention to the media, in particular that from the district they represent. Sharing your views, requests, vision or arguments via a letter to your local paper, or getting press out to an event, is a great tactic for influencing them.

Following are tips on four tools you should have in your activist toolbox:

1. Writing a Media Advisory
A media advisory alerts press to an upcoming event, and primarily serves to share key details like the location, time, date and contact information. You should send these to press 2-3 days before your event, and call the day prior with a reminder. Here’s a sample template:

1-2 sentences on the event. The information you share here must sound urgent and newsworthy. Journalists gets dozens and hundreds of pitches a day; make yours stand out.
Example: “On Monday over 100 students will gather outside the President’s office to urge her to support a proposed ban on single-use plastics on campus. The ban would eliminate close to 5000 pounds of waste from university cafeterias and coffee shops each year, and establish the school as a leader in environmental sustainability. Leaders of campus organizations and university departments will speak, after which the crowd will deliver over 1000 letters in support of the ban to the President.”

WHAT: Rally Outside President Wilson’s House to Urge Ban of Single-Use Plastics
WHO: Over a dozen campus organizations representing hundreds of students.
WHERE: Front steps of the President’s House: 123 Main Street
WHEN: October 12, 12pm-2pm

2. Writing a Press Release
A press release is a more formal statement of a newsworthy event, and may be issued before or even after the event. The press release aims to give the media enough information to attend if they choose, but also to cover your story with key facts and quotes even if they cannot be present. Indeed, outlets often publish snippets from press releases for events they have not actually attended. Here’s a template you can use:

A couple of short paragraphs and quotes about the event. Once again, the information you share here must sound urgent and newsworthy. Make sure to include quotable quotes, too. Journalists gets dozens and hundreds of pitches a day; make yours stand out.
Example: This morning over 100 students gathered outside the President’s office to urge her to support a proposed ban on single-use plastics on campus. The ban would eliminate close to 5000 pounds of waste from university cafeterias and coffee shops each year, and establish the school as a leader in environmental sustainability.

Speakers from seven campus organizations and departments spoke at the event, urging the President to do the right thing and take swift action in response to please from the student body. They delivered letters from her 1000 students calling for a ban on single-use plastics by the end of the first semester on December 15.

“It’s time this administration listens to the voices of those they serve: the students. Our generation will suffer the most from climate change, and we demand the school walk the talk when it comes to sustainability. We spoke out today, and we’ll be back every Monday until she does the right thing and bans plastics in every cafeteria and coffee shop on campus.” – Beth Ocean, President of Students for a Healthy Planet

“I came to this school because of it’s commitment to sustainability. Yet I’m shocked that all of our take-out containers and coffee cups are disposable plastic. We can and must do better.” – Chris Jones, First Year Student

“Plenty of schools are offering affordable reusable or compostable containers, and we can too.” – Pat Marsh, President of the Senior Class

Plastics on campus account for 25% of our daily waste, and total over 5000 pounds/year. According to independent research conducted by students in the School for Environmental Studies, the majority of that waste comes from the cafeterias and coffee shops in the form of cups, plates and utensils. This same group of students has proposed a plan for phasing out the plastics over the coming months. The student government has voted unanimously to support the ban.

The President has previously expressed interest in the ban on plastics, but as of this morning the administration has yet to support or endorse a concrete plan.

3. Writing a Letter to your Paper (LTE)
Decision makers read papers, and consider them to be a good indicator of public opinion in their district. Writing a letter to your local paper is a great way to get your opinion heard. Most papers publish letters either daily or on certain days of the week, and usually in response to earlier articles or breaking news.

Here are some tips:

Here’s a sample LTE you can use as a template:

As a student, I’m both excited and hesitant about my first day back at school. I have my courses, teachers, clubs and locker picked out. And I’m excited to reconnect with my friends.

Unlike too many of my peers, I don’t go to school wondering if my family will be there when I return home.

The raids which picked up over 600 immigrants in Mississippi this past week – many of whom were parents whose children were, just like me, starting their new year of school – is a disgrace. It’s just the latest in a long string of events reminding us of the urgent work we need to do our immigration system.

I believe that X, Y.

And Representative Z has the power to do it, by voting for A, B, C.

Even though my school year will be a busy one, I’ll be watching to make sure my representatives do the right thing, and live up to the promise of what were all can be, together.

4. Writing an Opinion Piece for Your Paper (Op-Ed)
Finally, writing a longer piece for your local paper is a great way to offer expanded thoughts on a topic you care about. The length can vary, so once again check the guidelines on the website of your local paper.

The NY Times runs a student op-ed contest every year, which offers great tips and examples of successful op-eds. Here’s one of the the 2019 winners, which is a great example of length, tone and style. (See more tips following this example too.)

Breaking the Blue Wall of Silence: Changing the Social Narrative About Policing in America, by Narain Dubey.

As a child, I thought of police officers with veneration — if I saw a cop in the park, I felt safer. I told myself that when I got older, I would be wearing the badge too.

At 12 years old, I learned about police brutality. When I first saw the video of Eric Garner being thrown to the ground by police officers, I thought it was a movie. Despite knowing that the officers were at fault, I refused to change my internal rhetoric; I thought the media was only portraying the bad side of the people I saw as heroes.

Then on July 31, 2017, a police officer shot and killed my cousin, Isaiah Tucker, while he was driving. Isaiah wasn’t just my cousin. He was also a young, unarmed, African-American man. I no longer dreamt of becoming a police officer.

But the issue is much larger than what happened to Isaiah. As highlighted in The New York Times, the Center for Policing Equity found that African-Americans are 3.6 times more likely to experience force by police officers as compared to whites.

Despite this blatant disproportionality, there is still overwhelming ignorance about it. Just last August, a group of people marched in Philadelphia, countering Black Lives Matter protests with signs and chants of “Blue Lives Matter.” People are quick to challenge discussions of police violence with the idea that “not all cops are bad cops.”

But when we argue in defense of the morality of individual police officers, we are undermining a protest of the larger issue: the unjust system of policing in the United States.

When I met Wesley Lowery, a journalist from The Washington Post, he was adamant that the social narrative regarding police brutality in the United States needs to change. “Conversations about police reform and accountability are about systems and structures, not about individuals,” said Lowery.

It is not that some police officers aren’t doing admirable things in our communities, but revering police officers for not abusing their power is dangerous — it normalizes police violence and numbs society to these issues. The idea that “not all cops are bad cops” belittles attempts to uproot the system. When we go out of our way to controvert this fight, we are perpetuating the inherent problems with racialized policing.

So as you think about policing in America, think of Eric Garner. Think of Alton Sterling, my cousin Isaiah, and the families that were left behind.

We have a responsibility as citizens of this country to call out corruption in systems of power. Policing in America is rooted in racism, oppression and privilege — it’s time that we recognize that.

I learned to change my perspective. So can you.

The Times also shares it’s helpful rubric on what makes a successful editorial, including: